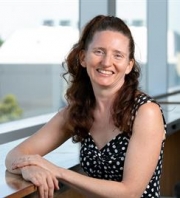 Gigi Foster is a Professor at the School of Economics at the University of New South Wales, having joined UNSW in 2009 after six years at the University of South Australia. Formally educated at Yale University (BA in Ethics, Politics, and Economics) and the University of Maryland (PhD in Economics), she works in diverse fields including education, social influence, corruption, lab experiments, time use, behavioural economics, and Australian policy. Her research contributions regularly inform public debates and appear in both specialised and cross-disciplinary outlets.

Her teaching, featuring strategic innovation and integration with research, was awarded a 2017 Australian Awards for University Teaching (AAUT) Citation for Outstanding Contributions to Student Learning.  Named 2019 Young Economist of the Year by the Economic Society of Australia, Professor Foster has filled numerous roles of service to the profession and engages heavily on economic matters with the Australian community.  As one of Australia’s leading economics communicators, her regular media appearances include co-hosting The Economists, a national economics talk-radio program and podcast series now in its fifth season, with Peter Martin AM on ABC Radio National. 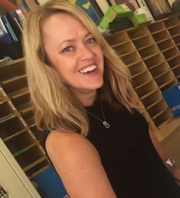 Leith Thompson is an Economics Teacher from Sydney Grammar School in Sydney's CBD. With a Bachelor of Economics and a Post Graduate Diploma in Secondary Education both from the University of Sydney, Leith is committed to empowering students to be critical thinking, independent decision makers, and enjoys fostering a love of Economics in her students.

Winning the Premier’s Reserve Bank of Australia scholarship in 2016 gave Leith the resources to look into gender disparity and declining numbers in Economics Education further. She believes that Economics is the language of power, public policy and change and so it is essential that Economics Education flourish to strengthen not just the pipeline of Economists but the function of democracy.

Leith has co-authored with Professor Al-Bahrani from the University of Northern Kentucky and has presented several articles and papers outlining strategies for engagement in Economics Education both in Australia and overseas. Currently she teaches Preliminary and HSC Economics, whilst pursuing further Post Graduate Studies in Economics at the University of Sydney. She is a board director of the Economics and Business Educators Association NSW and a committee member of the National ‘Women in Economics Network’.

To promote inclusion, equity, and quality in economics education and economic literacy.

Established late in 2018 with seed funding from the UNSW Business School, the Consortium for Inclusive Economics Education aims to provide a centralised network of economics education resources and opportunities tailored to existing and prospective students and teachers of secondary economics.   Our goals are to increase inclusion in economics education, support quality engagement with economics by students and teachers, and promote economic literacy in the general population.

The goals of the Consortium for Inclusive Economics Education are: